The annual Wing & Rock Fest, the third largest chicken wing festival in the country, is a 2-day family friendly food and music event that has something for everyone. The amphitheater stage features live rock tribute and cover bands plus School of Rock performances. The Kid Zone features amusement rides and bounce houses. Wing vendors compete in several competitions throughout the weekend to determine who has the best tasting buffalo and non-buffalo sauces. Enter the City of Canton wing eating contest for a chance to win some great prizes. Bring your lawn chairs and blankets, and make a day of it because you won’t want to miss the Wing and Rock Fest.

As Featured in Georgia Hometown 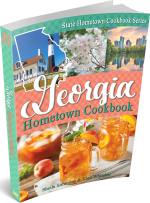